Dissection of the Nike logo

My wife, myself and my daughter were having a fun game one day. That was simply an extempore. After babbling few non-sense sentences on many topics, finally one topic surfaced - 'green'. My wife spontaneously said -"hands up". It took us a few seconds to realize that she surrendered. I thought that it was a very interesting word to talk on. So I started - " HA HA HA". I could not stop laughing while standing in front and looking at the visual of a poster inside a wooden furniture showroom. The poster carried a message which said - 'SAVE GREEN' with a visual of a well-branched and a leafy tree." I paused, asked them how was that? My wife grinned, my daughter, with a serious overtone, just said -"fine". The seriousness in her voice made me somewhat nervous and I could not carry on further forward. I looked at her with a blank stare and she stared right back at me saying - "This is a serious global issue, Baba. There are a few things in this world which are way beyond your so-called comedy". That was enough to put me off and my loving and understanding wife plunged inside. With her saying -"let us call it a day", I got relieved. But my sixteen years rolly-polly, who suddenly, I thought, had grown up so much, that I could not ignore her insistence of carrying on with the game. She switched over to another ( sort of ) game and said that she would say a word and we would tell whatever clicked inside our mind. So we started -

She said - "shoes". At once my wife shouted "BATA". The very next moment I cried "NIKE". The game was not that simple. One had to say a few words regarding whatever we uttered. My wife got herself ready, sat upright (she was in a reclining posture on the bed with a pillow) and said - "Bata….Bata…Bata is….is….'B''A' and 'T''A'….Bata." She gave the sweetest grin at both of us for the second time this Sunday morning to which we could not help ourselves to give her a very big round of applaud and laughed like hell. Now it was my turn. I closed my eyes and here I went - "NIKE….er….Nike means sports. NIKE shoes are the very best in the world which means NIKE is the best sports shoes. Nike…errr….NIKE is not only shoes but it is also a swoosh." I stopped. I opened my eyes and saw the two ladies giggling at me, making all sorts of funny noises. I laughed my heart out, they applauded. No sooner than my daughter had asked me what that 'swoosh' was all about, the door-bell rang. It was the plumber who came to fix the kitchen basin. I had to move and the game snapped right there.

But, but my friends, a million dollar question remained unanswered - WHAT THAT SWOOSH WAS ALL ABOUT? That which started with a child's play, culminated into a very profound objective. I had to know about the 'SWOOSH'.

How do I begin ? Please don't get me wrong. Whatever I am writing is not a deep research with all ins and outs. There is no ins no outs . It is not something of a delicious platter of taste full cuisines, but you may refer to as a snack of finger chips. It is just what comes in the mind after having learnt a little tit bits about the logo of NIKE.

NIKE - the very word you utter, at once what appears inside your mind is sports shoes. Sneakers of all colors start jumping around in your visual cortex! From a little junior to the most knowledgeable adult - would be proud to possess a pair of NIKE. That is the power of fantastic branding.

Now the name. NIKE. How did it come into being? We all know (well, almost all of us know) that NIKE is the name of a Greek Goddess. She is the Goddess of victory. Here, we should all bow our head to the man or the woman or both who had first coined the name. Sports is all about fitness. It is all about preparation. It is all about action. This fitness, this preparedness and action is, in turn, all about to win over other opponents. To emerge victorious. What else could be a more appropriate name than NIKE? Besides, it is short as well as 'punchy' as they call. 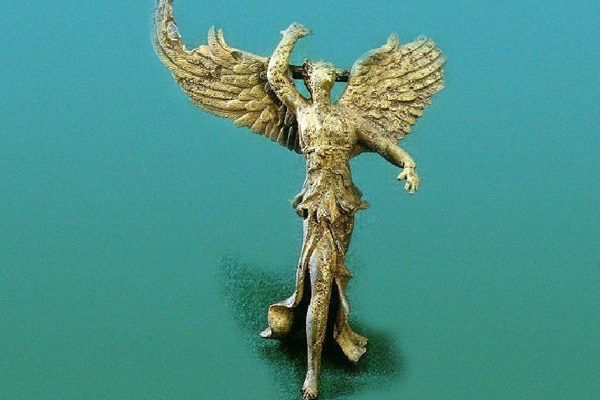 Now look closely at the Hood ornament of Rolls Royce 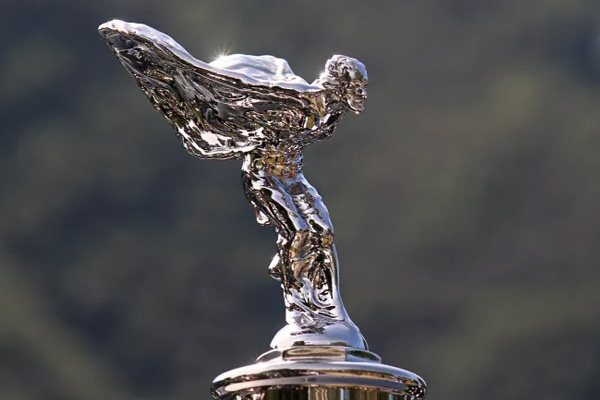 See? What did you see? A fairy with opened span of wings, flying through the air. NIKE? May be, may be not. But one thing is sure. They both portray movement.

Here, if I may think outside the box for a moment, and for your information, an uncanny resemblance of NIKE with other mythology. The Hindu Mythology. Below is an illustration of Goddess Saraswati - 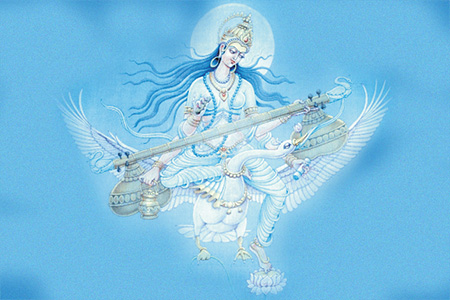 Goddess Saraswati is believed to be the Goddess of knowledge and wisdom. Here again, you find victory and flight. Victory over all ignorance and a flight towards knowledge and freedom. Did you miss the wings? I hope not. The span of wings, the flight, the movement, the motion. Don't they give us a common picture? Yes, yes they do. The motion. And there lies the SWOOSH. 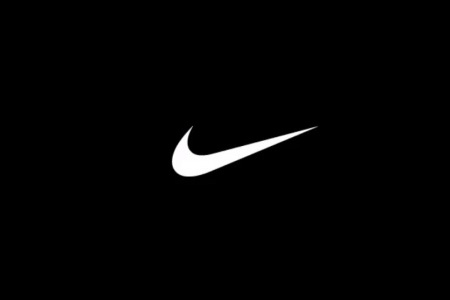 My daughter asked me - " Baba, doesn't it look like a bird in the sky at an angle"? It was of course a kid's perspective. I did not answer. I only smiled.

Ready to create something amazing?